On September 28, 2017, I hosted 3000 Detroiters at the historic Detroit Institute of Arts for the premiere of “The D”, my song and video featuring more people in history than have ever been on a record before. It was wayyyyyyy cool, the penultimate party in the never-ending list of conceptual art parties I’ve thrown through the decades.

Said Detroit luminary Marsha Music, “One of the most amazing, moving events that I’ve ever attended… One could not help but note the real diversity of the crowd – an assemblage of business and civic leaders, artists, singers, kids, suburbanites, everyday Detroiters and Motown stars. It was one of those rare times in Detroit – the real Detroit, not the “this is how we see Detroit” Detroit, not the “new Detroit, devoid of Detroiters” Detroit, not the “it was really diverse with 10% Black people” Detroit. This was Detroit in all of its “Black people and Other People of Color and Cool White Folks” Detroit glory,… I daresay that this may be a nodal point in Detroit events, a kind of before and after against which other events will be compared.”

In addition to screenings of “The D” we sang sing-alongs to my greatest hits, including “September, ” “Boogie Wonderland,” “I’ll Be There for You” (the Friends theme), “Neutron Dance,” and “What Have I Done to Deserve This?”, paid a Motown tribute to Funk Brother Paul Riser, watched performances by Mosaic Youth Theater of Detroit, and pigged on Boogaloo Wonderland sandwiches, a Detroit staple partially named for my hit “Boogie Wonderland”. My guests also made history by collaborating with me on a companion art piece to “The D”, the 50 foot long “I Am the D” paper plate portrait wall, the largest installation of its kind ever undertaken in real time at an international museum. 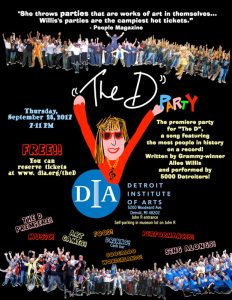 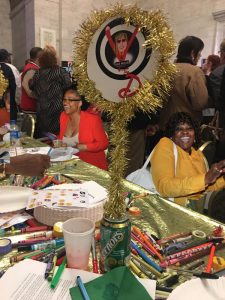 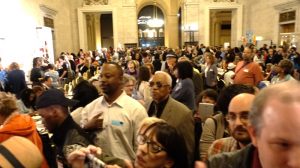 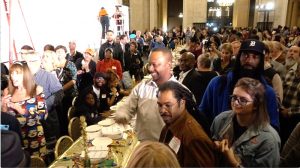 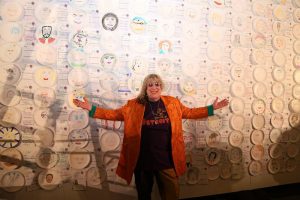 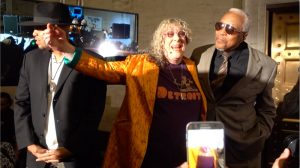 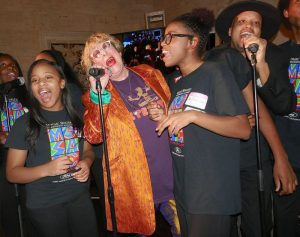 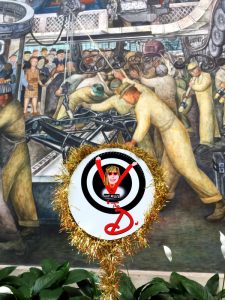 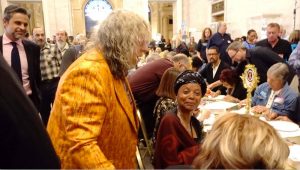 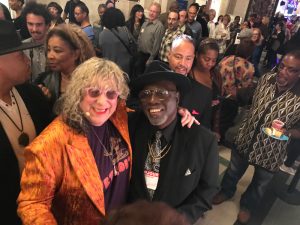 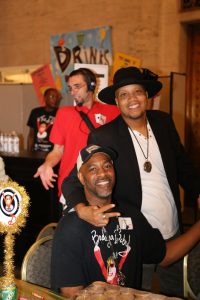