A day late but Happy belated Martin Luther King Day! This bulging butterscotch keychain goes with me everywhere I go. 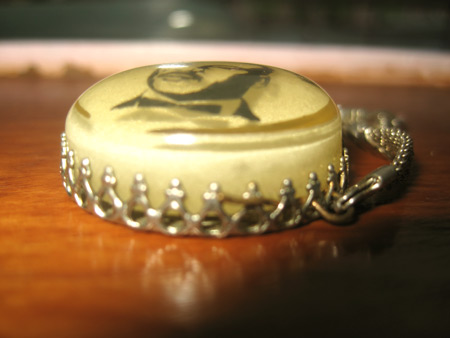 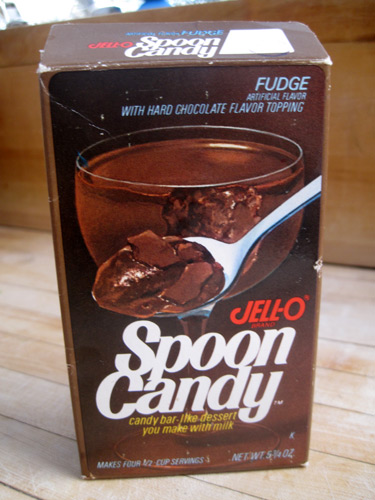 “The dessert that tastes like a candy bar” was a junk food lover’s xtreme fantasy when it hit the shelves in 1972. Short-lived – it was gone by ’73 – Jell-o Spoon Candy was a puddingish dessert with a topping you cracked through as you would the chocolate shell on a Dairy Queen. Spoon Candy, a kitschingly brilliant name especially when combined with the word “jello”, came in a variety of combo flavors like peanut butter and chocolate, chocolate with chocolate, vanilla with chocolate, caramel with chocolate, I guess chocolate came on everything. The topping inhabited a separate package stuffed into the box that you cut and squeezed onto the pudding.

The official reason given for Jell-o Spoon Candy’s demise was the rising cost of sugar but junk food lovers the world over still mourn its early demise and would have happily paid a few pennies more to get their fix. 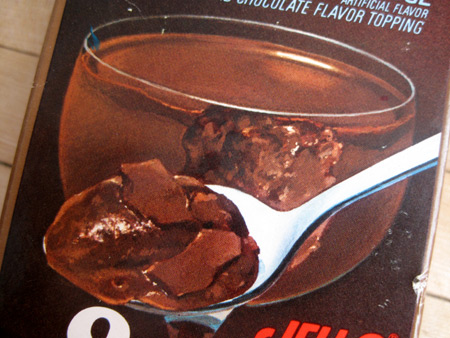 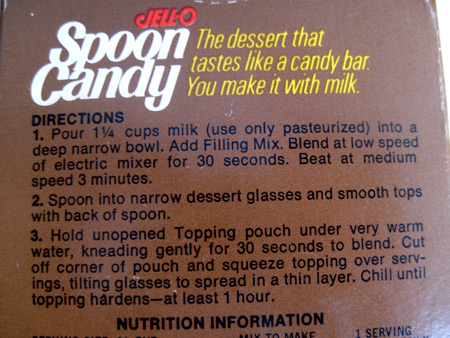 Along with Postum, Sanka is the brew that revolutionized the coffee world and kicked off the decaf trend. It was also the proud sponsor of quintessential 50’s TV shows like “I Love Lucy” and “The Andy Griffith Show”.  In those days, cigarettes were almost de rigueur with anything smelling like coffee, hence the promotional ashtray to top off the perfect cup.

Because the color orange was so synonymous with Sanka, coffee pots in restaurants with orange handles, universally signifying they contain the unleaded version of the brew, also have Sanka to thank for their instant recognition factor. Very nice of the Federal Credit Union of Signal Hill, CA to give these promotional money sack banks to Long Beach city employees but the gift would have been ever more meaningful if it came with a little cash jingling inside, something I’m sure the employees needed more than this lump of clay.

I’m not sure what year this is from but it’s definitely after November, 1991 when the 310 area code went into effect in that part of the financial world. 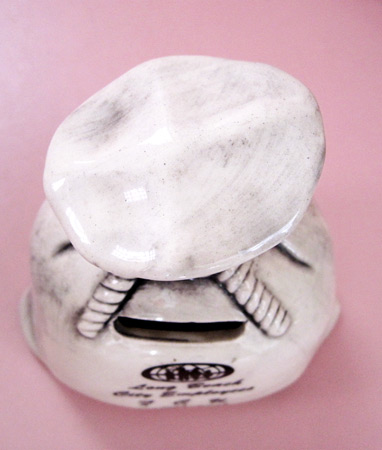 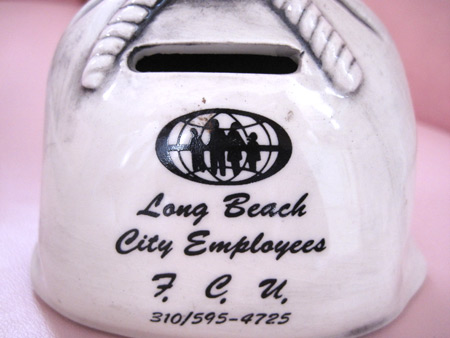 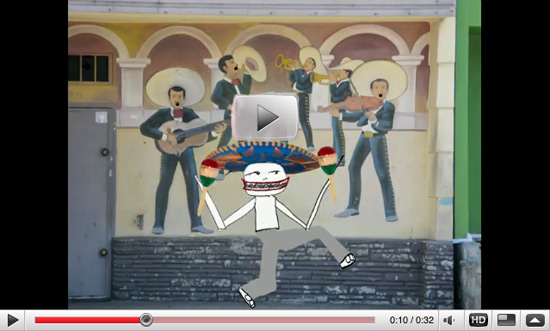 The Pigmy goes all out and serenades us with the definitive version of “La Bamba”. His band is pretty cool too. Though as a rule I abhor reproductions, this modern day toilet clock rides the elevator to the penthouse of Kitsch never to came down with it’s raised gold coated Roman numerals, once live butterflies, dried fauna, glitter and swirling string encased in pearlized white resin. The lid lifts to reveal the clock mechanism that runs on one AA battery. It ticks like a champ and is the most popular toilet in my studio.

These gained popularity in the 1950s when most of them came with the signature ”Johnny-On-The-Spot” emblazoned across the lids. 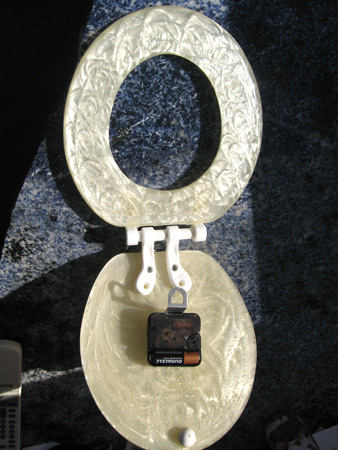 I’m very attached to my home state of Michigan and collect anything from the 1940s to 1970s that honors it. I particularly love when architecture is involved as in those decades Michigan exemplified the Atomic Age with its number one industry, automobiles, and much of the architecture in the state was inspired by the cash cow’s huge tail fins and modern color palettes.

The Harris Motor Inn in Kalamazoo couldn’t quite decide if it was traditional (lots of brick) or modern, though the excellent slate, floor to ceiling glass windows and suspended light fixtures suggest the latter influence was greater. I love when anything proclaims itself “the best”. In the case of the Harris it’s “Michigan’s Best for Food and Rest”. If this place is still standing I just might make it there one day to sample the food by Zeman, who was heavy enough to get his/their initial in a larger font size than the Harris itself. Right, the first thing that hits your lips when you think of Maya Angelou is that she’s “Miss Calypso”. But in her early days the prophet poetess was a chanteuse in a slinky red dress back-bending under the limbo bar. This Liberty LP was recorded at The Keyboard club in Hollywood in 1956. Angelou’s Afro-Cuban-with-a-pinch- of -Blues-and-Jazz standards include “Scandal In the Family”, “Mambo In Africa”, “Donkey City” and “Stone Cold Dead In The Market”, the first two of which she wrote. 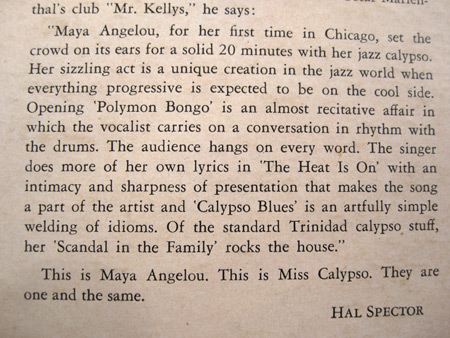 The owl is a national bird of the state of Kitsch. This is a set of four textured ceramic wood coffee cups with a happy owl peeping out. I don’t usually like the bark effect in ceramic but I love these cups because the owls are so happy. These are obviously made from a mold but the bottoms are individually signed by someone who spent a sizable amount of time attempting to perfect their signature (and never quite got it right). A simple but elegant gold ‘B‘ adorns this simple shortie white ceramic vase. Because of their classic vintage aura, I don’t discriminate against initial adorned artifacts despite the fact that the ‘B‘ has nothing to do with Allee or Willis. I keep it in the Bathroom where it looks Beautiful and holds hairBands, toothBrushes and other health and Beauty Bounty.