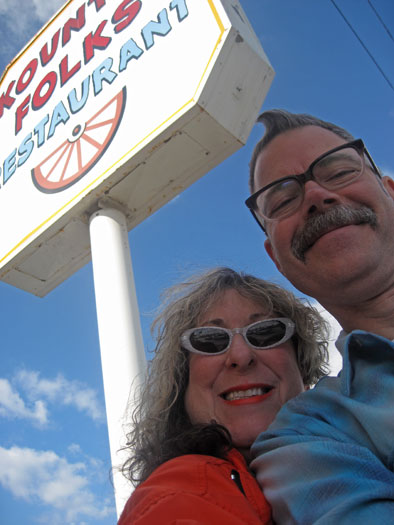 Bright and early the Sunday before last, my #1 day-trip accompanist, Charles Phoenix, and myself tooled down Van Nuys Blvd. looking for a 1950’s diner we heard about called Beeps. For neither of us to know about a place of this nature that’s remained authentic is unheard of. In order to get to it we drove down the main drag of the Valley, Van Nuys Blvd. No question Van Nuys is pumped full of Arbys, KFC’s and McDonald’s, but thankfully there are quite a few vintage buildings left as well as some newer cheese palaces that make our hit list. We hit the boulevard at Magnolia because there was no way I was going to miss one of my favorite rooflines in the city:

The vintage streetlights look so happy with their taller brother palms: Tall palms accompany many of the vintage buildings on Van Nuys Blvd. 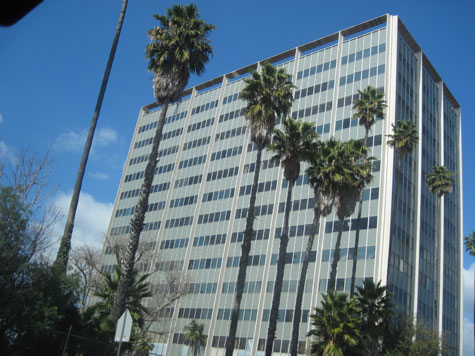 Although mostly 1960’s and later, older Deco gems pop up too…: 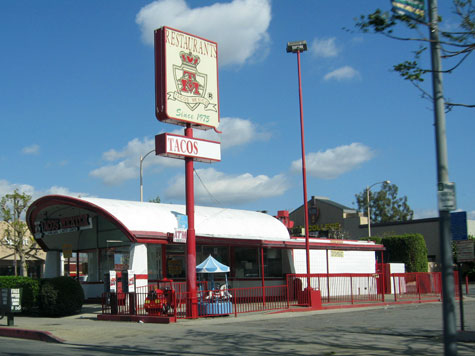 There are many great murals along the way, like this one under an overpass,..: …and this one on a dying building where it’s nice to see life…: ….and this one where it’s nice to get money.: 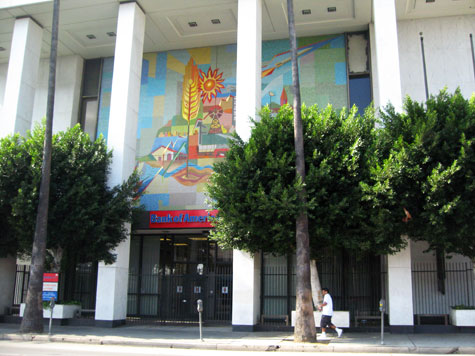 There’s also a lot of art like this lining the boulevard: 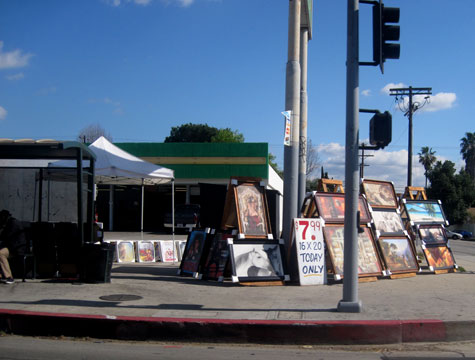 Then there’s buildings like this that are art itself: And then there’s a type of ‘artful’ building way down at the other end of the tip, like this superstore that looms like a Mayan ruin: 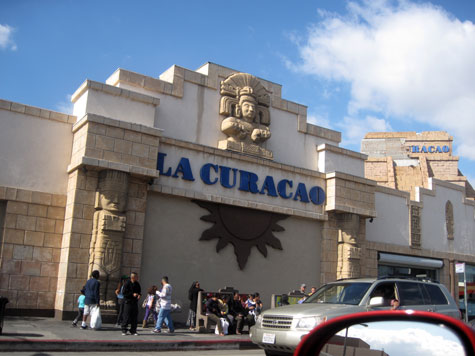 Though not quite as towering as that ‘ancient’ Mayan statue. this is even more impressive to kitsch seekers such as Charles and myself: A chicken dressed as a cowboy standing on top of a building is one thing. But a store name on top of a building that can only be seen from one side of the street and only in full from a fairly far distance doesn’t seem like the most effective signage. Especially with an ‘I’ that looks like a ‘T’ and an ‘S’ that’s hidden by a tree: The color palette on these two buildings is pretty great: You probably think it’s the pink building with the 70’s supergraphic relief that I like most. But it’s the ancient Greek ruin next to it that makes my kitsch heart spin like a drunken roulette wheel: Ancient Athens is also alive in this statuesque motel sign down the street: 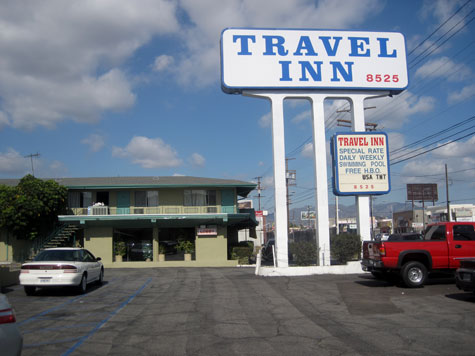 This building may not have Greek columns but that fake wall is pretty classic: 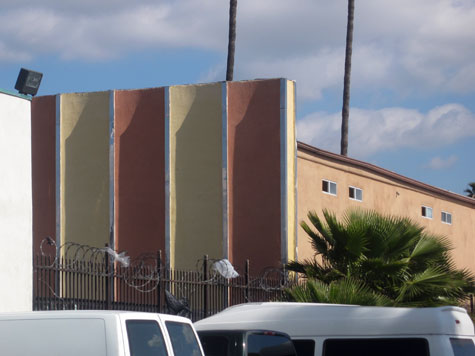 I love round buildings when they come with a matching car: That scalloped fence would make a nice companion piece to this rooftop: Normally I would be pointing out the features on the 1950’s motel in back of me but all I can see is the crazy position my lips are in, as if someone Photoshopped them on: Let’s pull in tight on that: I’m assuming there are a fair share of lips in weird positions at The Godfather Gentleman’s Club too, just down the street. And finally, there it was, Beeps, the 50’s diner neither of us knew about until hanging a left off of Van Nuys at Sherman Way and spotting this pulsating pillar of pinkness: 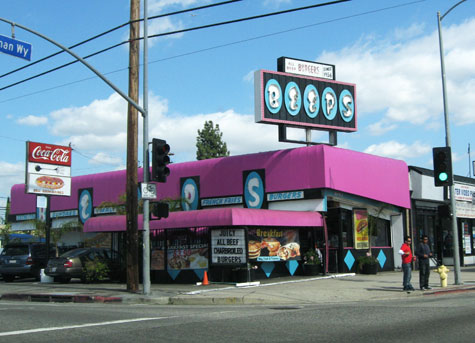 Double cheeseburger, fries and kitschtastic interiors coming up tomorrow. See you then! 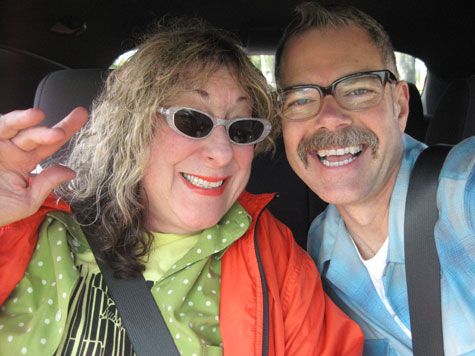