If I wanted anyone serenading me with Christmas carols it would be Elvis. This Christmas ornament of The King captures his 1950’s essence complete with slim body, pompadour and up-curled lip though some 1970’s puffiness is starting to invade his cheeks. 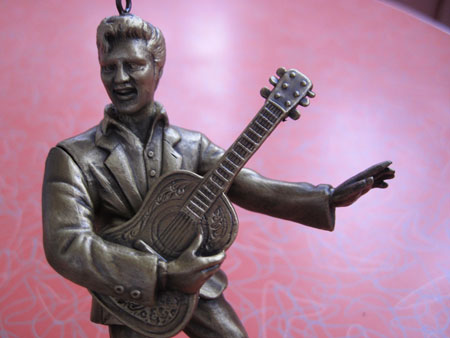 Hallmark did a nice job of capturing his ever-on-point foot to match his snarled lip: 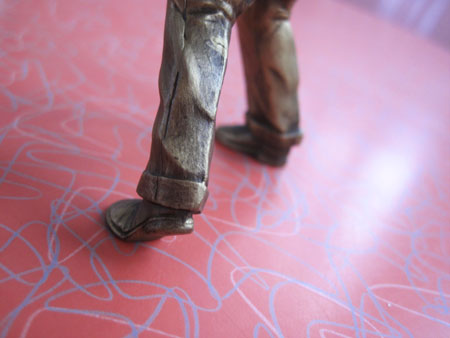 I’m not sure what this Elvis is made of. He’s not quite plastic and not quite metal but is heavier than a normal Christmas ornament and has a nice secure screw in his head. 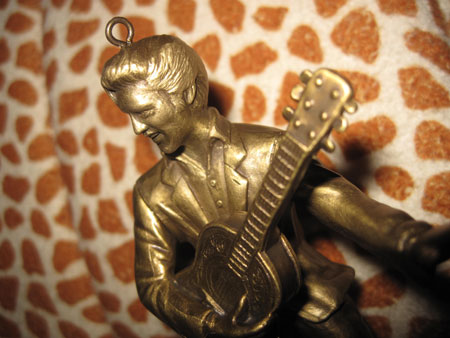 In case the buyer or recipient has no idea who Elvis was Hallmark has provided a nice explanation, borrowing a little from Frank Sinatra. 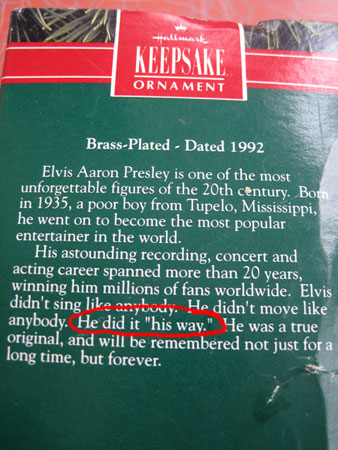 I hope you have a very Elvis holiday season with lots of fried chicken and peanut butter and banana sandwiches! 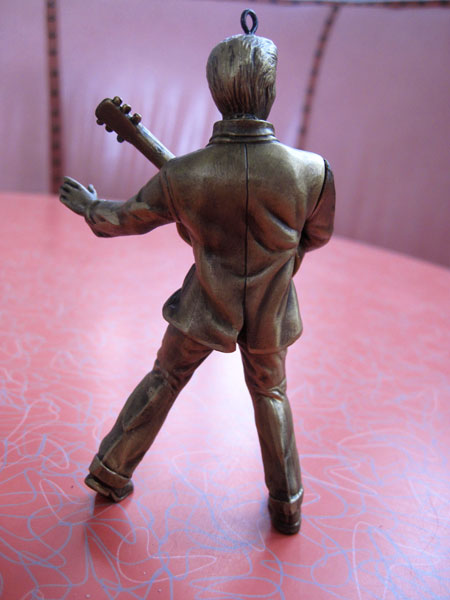