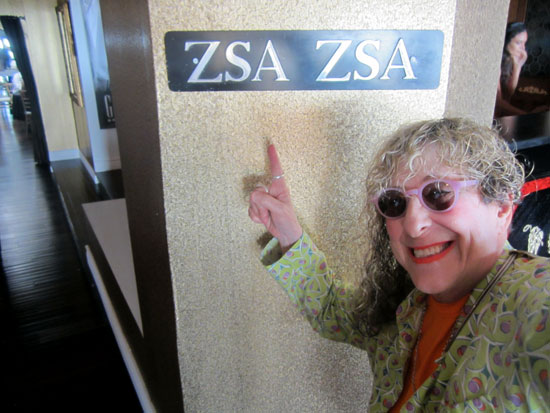 When Sid Krofft – let’s stop and take a breath right here – Sid Krofft! of H.R. Pufinstuf and Land of the Lost and wayyyy more fame – when Sid called me two months ago and made me put Sunday, June 30, 2012 in my calendar he told me that it was a nonnegotiable-under-penalty-of-death-do-not-cancel-under-any-circumstance type of event. I trust this man enough to know that that means I should write it in my calendar in cement. Then he told me where we were going: to ZSA ZSA GABOR’S house for her husband, Prince Frederic’s birthday party!! Had I actually been writing in cement there’d be a big fat Allee Willis face print in it right now because THAT’S HOW FAST my head bobbed to my chest in ecstasy and disbelief upon hearing WHERE we were going. Besides that, Sid is one of those people who I clicked with the second we met and we always have the greatest and most comfortable time together. 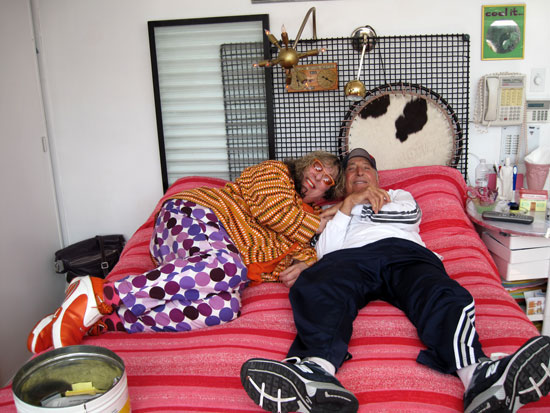 Sid lives very close to another good friend of mine, Beverly D’Angelo. The plan was we would meet at her house exactly 45 minutes after she arrived home from a Lego extravaganza in Minneapolis. Beverly and I go back to the 1980s together. She’s hysterical, a great friend, great actress, and dresses with flair, a quality I can relate to. She looked especially great on Zsa Zsa D-day, which was amazing as her plane was late and she got this together in 15 minutes: 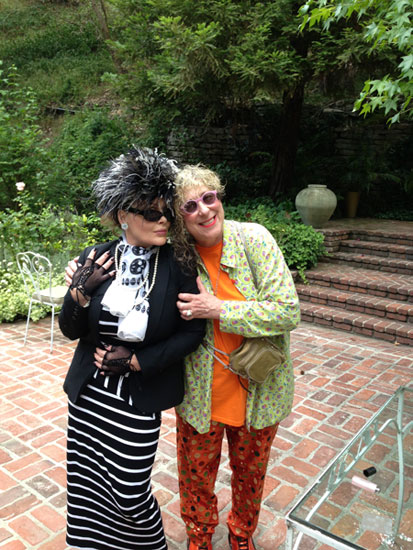 So me and Beverly in my car… 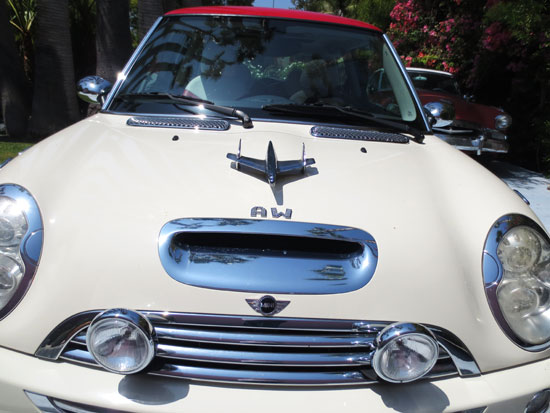 … follow Sid and Donnie and Teri Moll, who live smack dab in between Sid and Beverly, winding around Mulholland Drive into the immaculate bowels of Bel Air to Zsa Zsa’s house. The first person we met was the Prince himself. You see this guy on the news and they always portray him as a nut but I have to tell you, nut or not, he’s an excellent party host. And trust me, I know a lot about being an excellent party host. 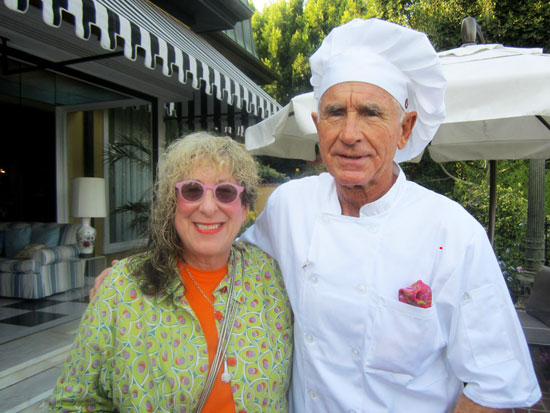 The kind of party host who takes care of every detail: 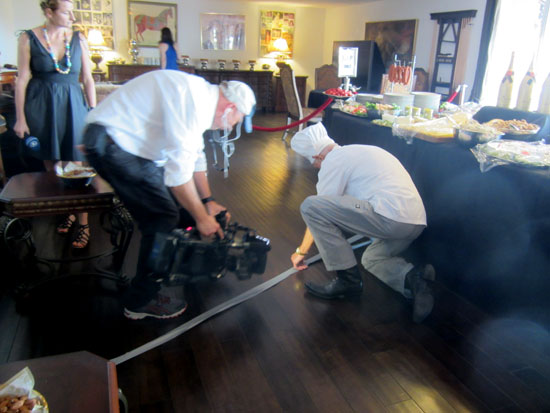 Price Frederic also hand-carried out out every morsel of food and set the table himself. 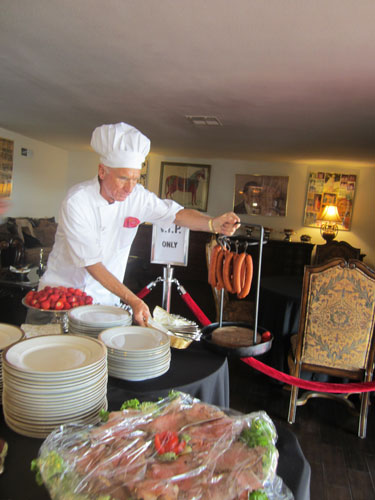 It was deli-gone-insane. Every kind of sliced meat on the planet… 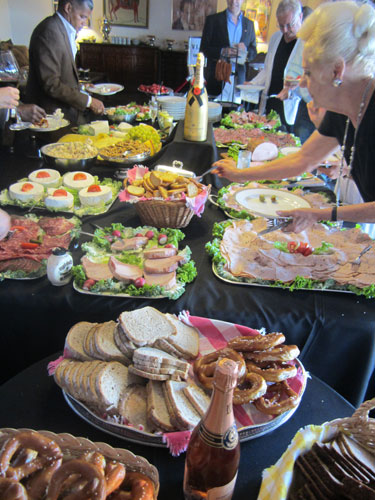 … including these impressive linoleum looking slabs: 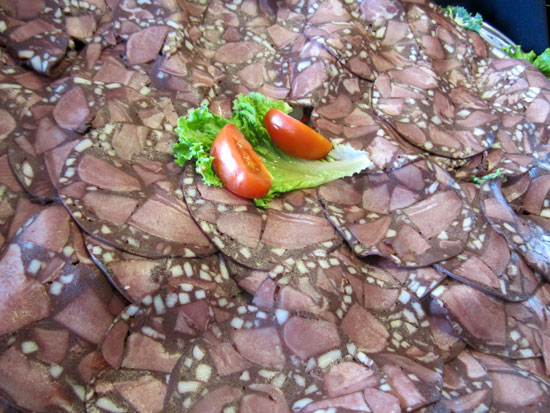 A big topic of discussion was what the white stuff was in the middle of this pork chop. Was it a Porturkey? 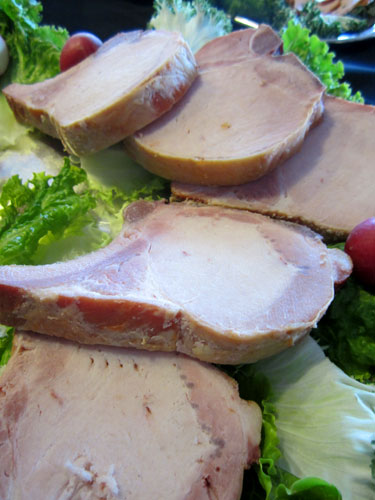 Zsa Zsa and the Prince’s house is THE Hollywood house that anyone who loves Hollywood, old Hollywood, dreams about. Built by Liberace (and where the HBO biopic was shot), Lee sold it to Elvis, who then sold it to Zsa Zsa – three of the most extreme personalities in show business history, all of whom floated their nuttiness around in Liberace’s famous piano-shaped pool! 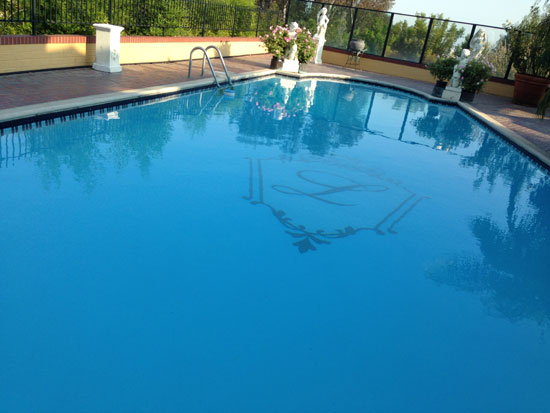 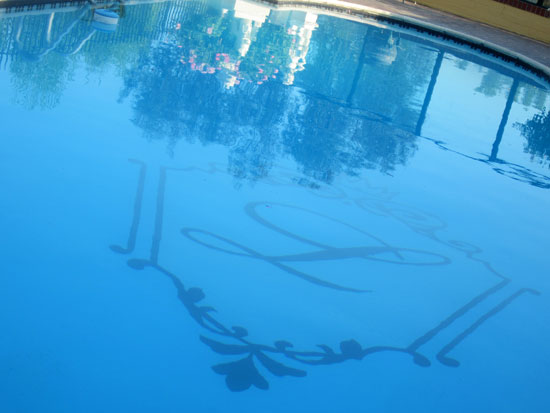 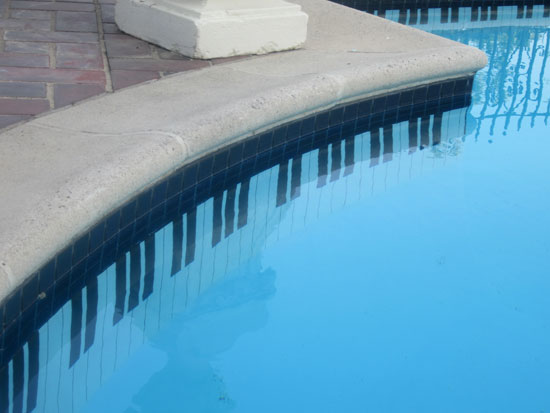 Everyone  at the party, regardless if they had been there 100 times before, was snapping photos so fast it was like their index fingers were on automatic pilot. But it’s SO not my place to plaster Zsa Zsa’s kitsch-on-the-elegant-tip domicile all over the Internet. So I shall have to leave it at this one shot of Beverly waiting for her drink next to the Oscar replica/ gold champagne bar as an example of the supreme 70’sness of this most hollowed mansion. 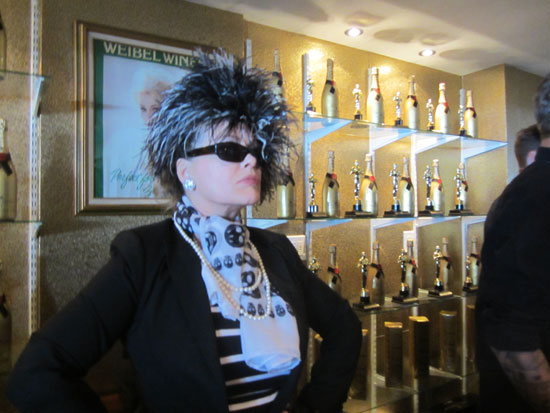 And though Zsa Zsa was ensconced in her bedroom there was lots of Zsa Zsa around. 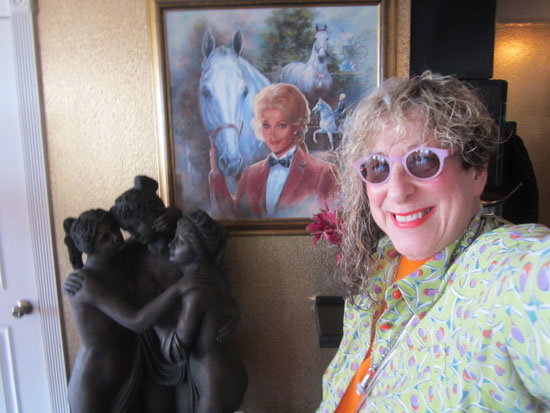 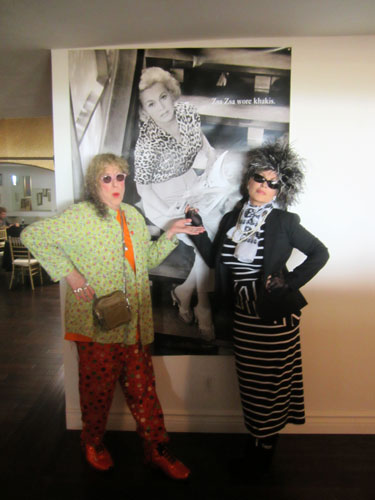 This wall was not only gold but whatever the finish is had little chunks of raised goldness in it: 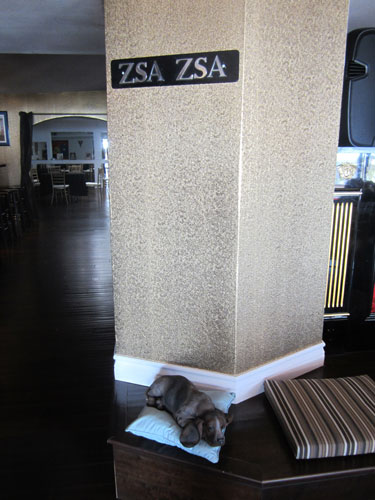 BTW, though the dog resting so comfortably on the pillow wasn’t real, many people pet him. It took all my strength not to straighten this copper relief of Zsa Zsa: 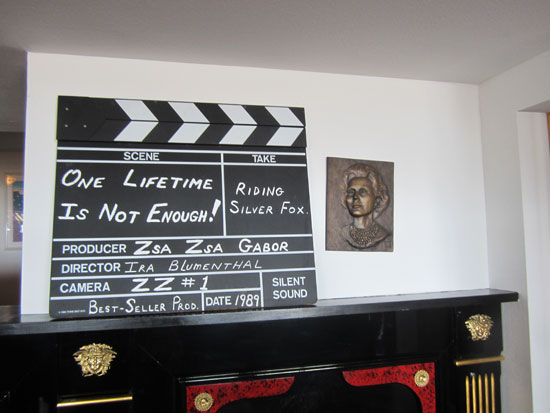 As I’m posting these photos I realize… How completely crazy am I that I didn’t go to the bathroom there?! OMG, if textured gold walls are in the house what must the bathrooms look like?! How could the undisputed Queen of Kitsch miss an opportunity like that??!! Especially as this is the decoration on the outside of the bathroom door: I know the obvious question is, “But did you meet Zsa Zsa?”.  The answer is no because at 96 she was too frail to attend. But there was a live video feed going into her bedroom so she didn’t miss a thing. The camera followed Prince Frederick everywhere, including when he danced with Madame. Wayland Flowers may be long gone but Madame is still very much alive! As is Pee Wee Herman: All in all, it was a Zsa Zsa Voom Sunday! As we alighted down the red astro-turf carpet to get our cars… 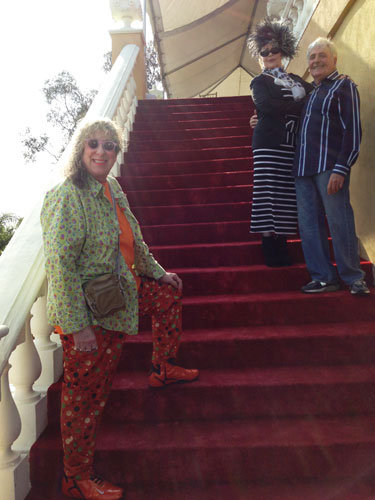 … we all agreed it was one of the best looking Sundays we’d had in years.