On September 25, 2013, I got my hands and signature immortalized in cement at the Detroit Historical Society. It’s an amazing honor and I’m completely thrilled!

On April 20,2012, I recieved official commendation from the city of Detroit, awarded to me by Councilman/ Rev. Andre Spivey, at Cass Technical High School, where the musical I co-wrote, THE COLOR PURPLE, was being performed by the students.

On May 22, 2008, I received official commendation from the city of Detroit, awarded to me by Councilwoman Joanne Watson. It was fortuitous that one of the other city Council members, thankfully there to join us in a photo, was Martha Reeves, former lead singer of one of my all-time favorite Motown groups, Martha & The Vandellas. There was truly “Dancing in the Streets” that day for me. 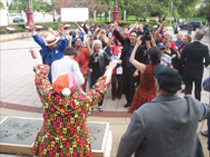 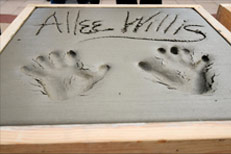