Mumford High opened its doors in October, 1949 in what was then one of the most fashionable neighborhoods of Detroit, the Northwest side. One of the few buildings in the city from that historic period of Deco architecture, Mumford was distinct in that it was built out of custom poured baby blue limestone with touches of maroon – the school colors -, took up an entire city block, and featured a miniature city Driver’s Ed course in front.

The school spawned many a show biz star, Jerry Bruckheimer, The Winans, Francis Ford Coppola, (and me!) among them, and became famous in 1985 when Eddie Murphy starred in Beverly Hills Cop wearing a Mumford Phys Ed t-shirt throughout the film. I also got a Grammy for Best Soundtrack for Beverly Hills Cop, which included my songs “Neutron Dance” and “Stir It Up“, making me even more inextricably linked to the school forever.

Both the school and the neighborhood fell pray to hard times. Rather than retrofitting the beautiful and historic structure, a decision was made to demolish it. I could go on for years how the decision was based on greed and shortsidedness, but I’ve done that ad nauseam and to no avail already. It’s unconscionable how such architectural detail as what graces this page could just be crushed by the wrecking ball, only to be replaced by a jail-looking pile of pee-yellow cement block. But, alas, that’s what fate had in store….

Here then, a look back at the gorgeous edifice, Mumford High: 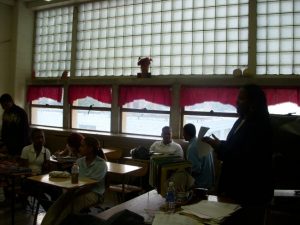 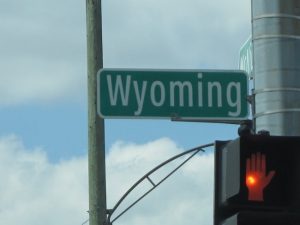 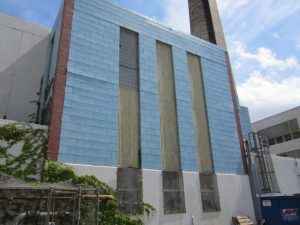 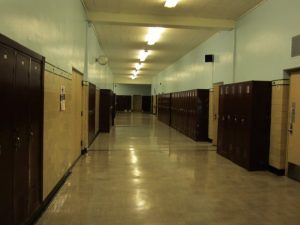 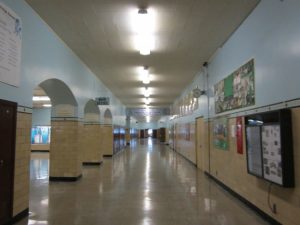 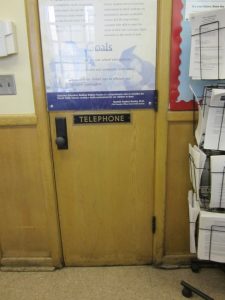 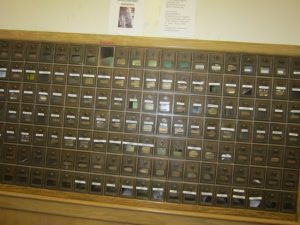 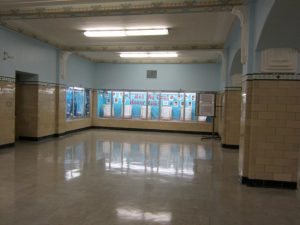 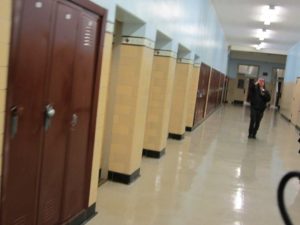 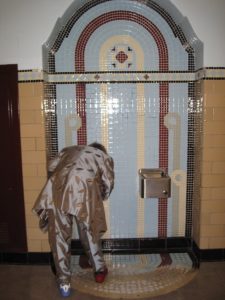 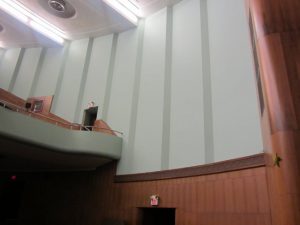 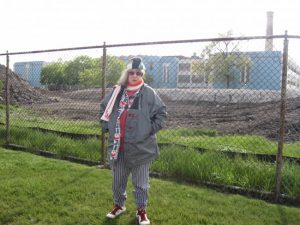 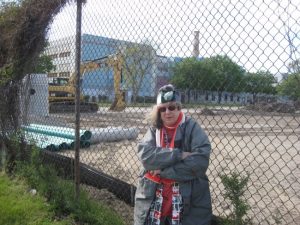 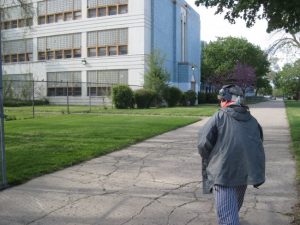 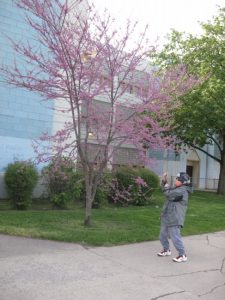 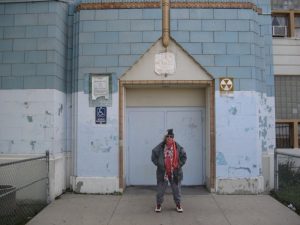 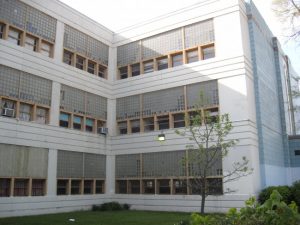 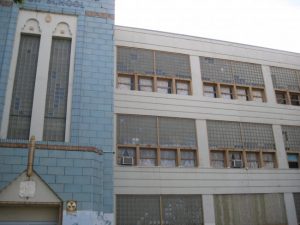 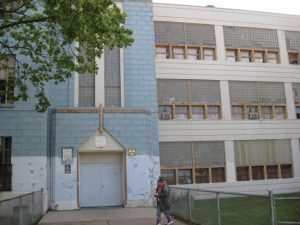 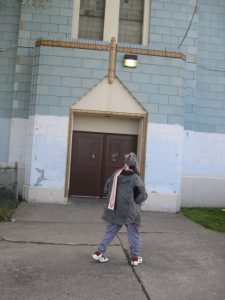 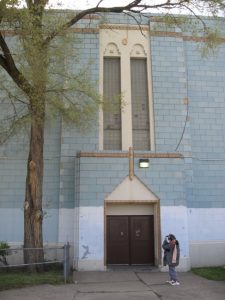 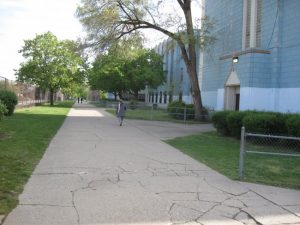 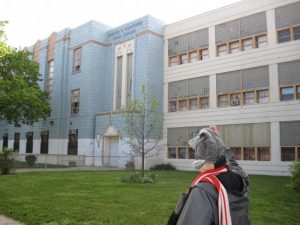 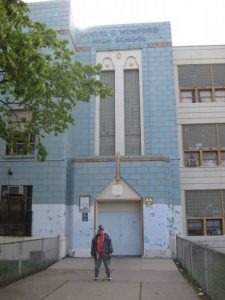 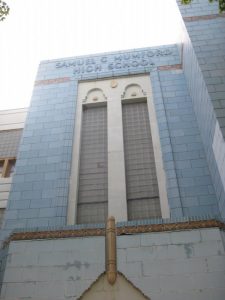 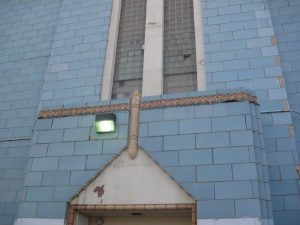 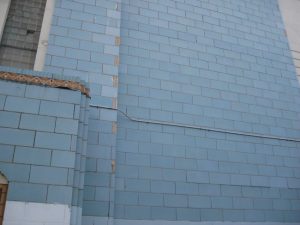 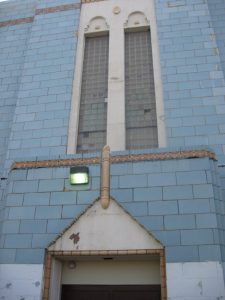 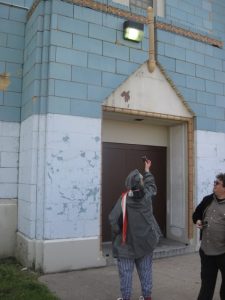