I’m on the Howard Stern Wrap Up Show tomorrow, Monday the 12th!

I’m on the Howard Stern Wrap Up Show tomorrow, Monday the 12th. Very excited about this! When I was inducted into the Songwriters Hall Of Fame last year Gary Dell’Abate, Howard’s producer for forever and cohost of the Wrap Up Show that comes on right after Howard, was the first person who stopped me after I got off stage after giving my acceptance speech. I must admit it was a funny speech not to mention a little racy (https://www.youtube.com/watch?v=h1Ym7HTSC2A&t=38s) and I was most happy to be intercepted by Gary. When I saw him again this year he repeated his invitation for me to come on the show. So tune in tomorrow to witness my virgin Sternthology voyage at 1:15 or thereabouts as soon as Howard hands it over to Gary. 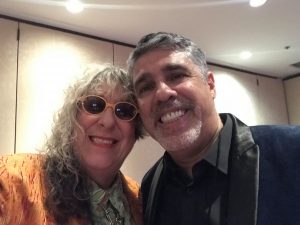