Last night at the premiere of Season 3 of Better Things 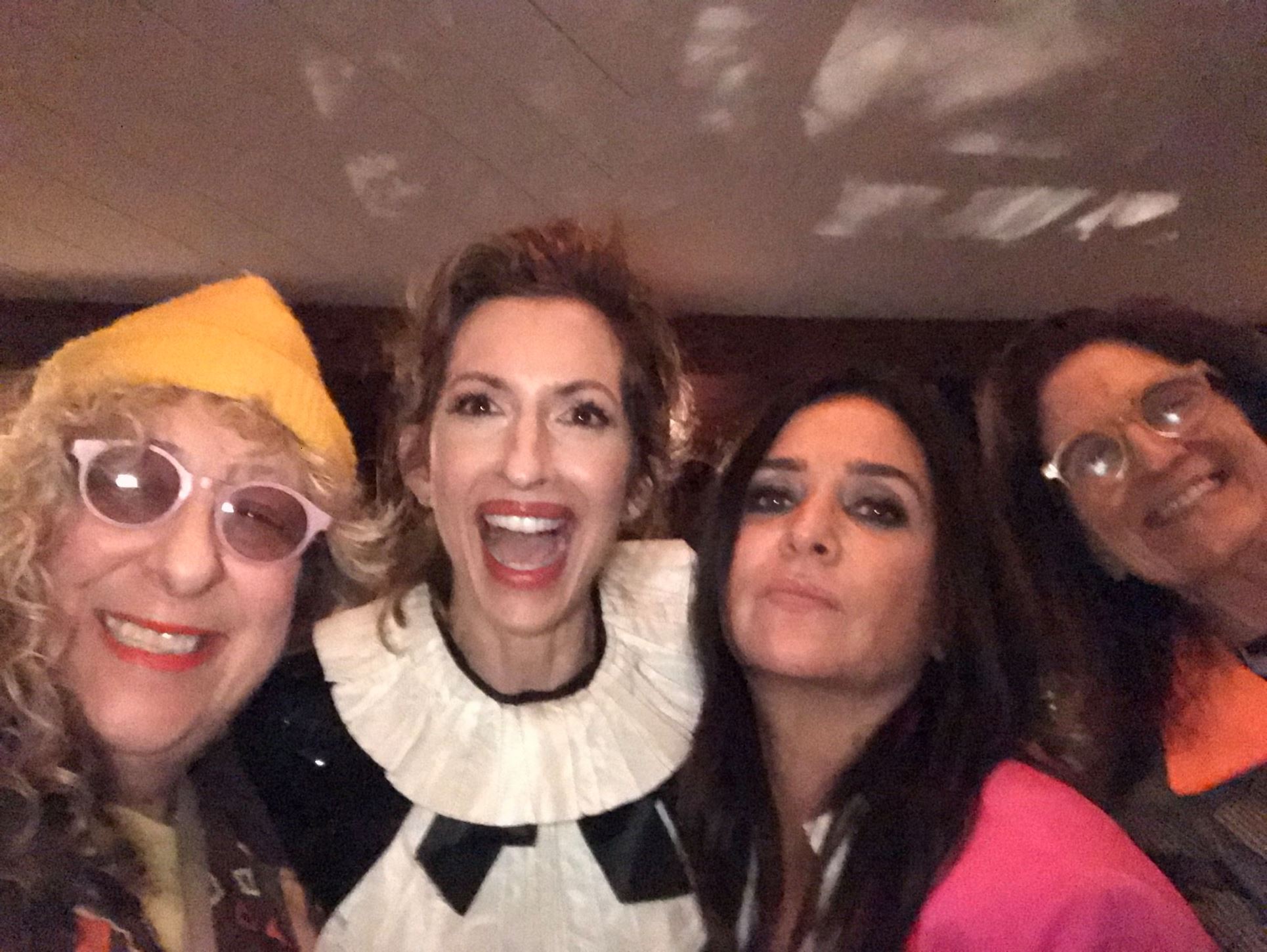 Last night at the premiere of Season 3 of Better Things, Pamela Adlon’s BRILLIANT show on FX that she writes, directs and stars in and has been Emmy-nominated twice for as Best Actress In A Comedy. We’ve been incredible friends for 35 years, even before she started schlepping paint cans behind me as my art assistant in the late 80’s. Also here Alysia Reiner, who was one of the only cast members of Orange Is the New Black who wasn’t at the opening of my musical, The Color Purple Musical, when it reopened on Broadway in 2015, featuring my fave Danielle Brooks a.k.a. Tastee on OITNB starring as Sofia. I really wanted to meet Alysia as her portrayal of Assistant Warden Natalie “Fig” Figueroa was insanity inspired. So I was thrilled when I got on the plane back to LA a few days later and there she was seated directly in front of me. We became friends and I’m so happy I have an in with the warden now! Alysia also plays Sunny on Better Things. Me and the lovely Prudence Fenton fill out the photo. I can’t even tell you how UNBELIEVABLE season 3 of Better Things is. Reviews have been staggering. It starts tomorrow night, Thursday, so set your devices now!