Barry Manilow was one of the first musicians/singer songwriters I met when I started to write songs in the early ‘70s. My very first musical clique was largely made up of folks who worked with the newly-burst-on-the-scene #BetteMiddler, who Barry was musical director for. Especially Bette’s back up group, The Harlettes – Charlo Crossley Fortier, Ula Hedwig, Robin Grean, the late great Sharon Redd, Gail Kantor, and later Jenifer Lewis and Katey Sagal. This shot with Barry was taken at an art opening of mine in 1988. The big fancy art gallery food featured my favorite foodstuff, peanut butter and jelly sandwiches, which were made by my art assistant, the ever-wonderful, creative, and at-the-time teenage #PamelaAdlon. She was SO excited to serve Barry such a high end snack!
#BarryManilow #MelissaManchester #theHarlettes #TBT#ThrowbackThursday 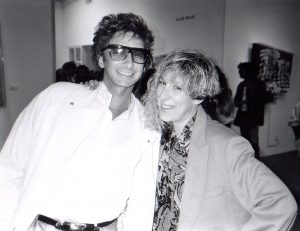 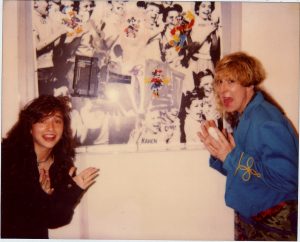