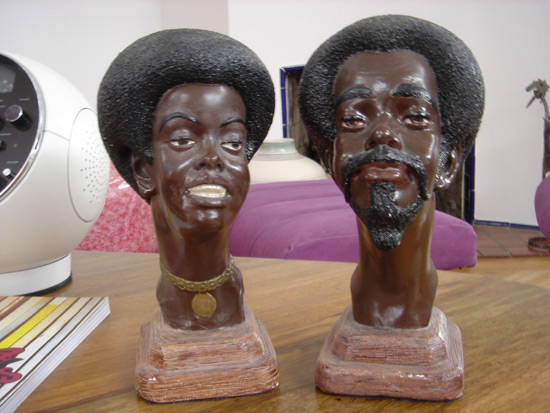 These are prize possessions in my afro heads collection. I see a lot of afro heads that are much more common but these are stone cold early 70’s Sly infused hippie busts and rule the plaster headed kingdom of funk as far as I’m concerned. I only saw them one other time and almost had a wreck veering off of La Brea to pull into the liquor store parking lot where the undercoat-only-painted couple sat on a blanket next to plaster whippets, pharaohs and peeing angels waiting for someone to take them home. So I have one set fully loaded and another waiting to go.

These are items of true beauty and inspire me every day. My most popular friend, Mr. Wah Wah, as tabulated by the number of items I have fabricated in his likeness, was inspired in large part by this handsome couple. 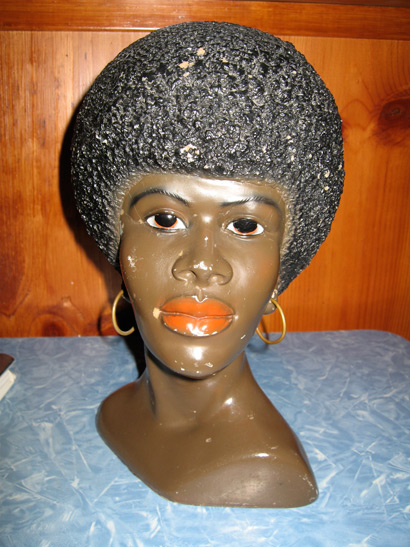 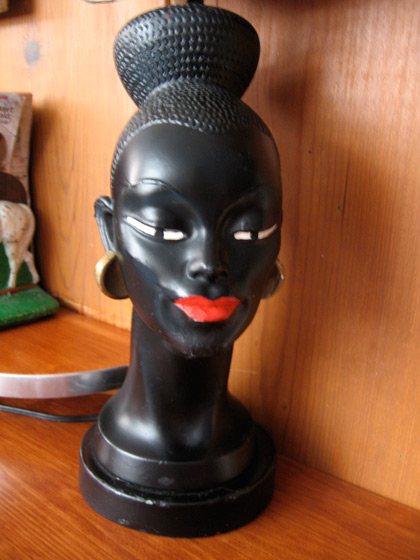