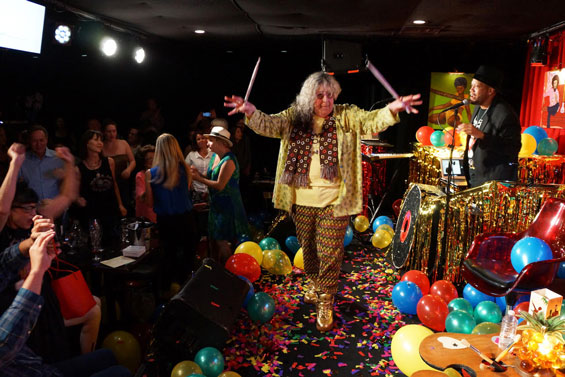 “Do you remember the 21st night of September?” I’m blessed to have co-written that immortal line (and all others) in the song recorded by Earth, Wind & Fire that not only defies the laws of musical gravity, floating higher and higher as the years roll by, but also seems to have created an unofficial holiday by making that date – September 21 – singingly immortal.

As such, Friday night, the actual “21st night of September”, I performed a special version of my one-woman-plus-Andrae “party performance” show, spotlighting one song and one song only – the kitschiest, most complete examination and celebration of the big ba-de-ya “September” ever!!

Featuring bad “September” videos, good “September” videos, the supreme Earth, Wind & Fire ‘September” video, “September” sing-alongs, improbable stories about how the song was written, and, of course, voluminous auctions of items from my own personal kitsch pop culture collection, ever-expanding in girth as a result of “September” initially popping some coins into my pocket. Plus an extra-special live performance by Butterscotch performing the version of the song that made me reach out and ask her to collaborate, something I’ve never done before despite seeing virtually thousands of renditions of ”September”.

So BA-DE-YA and please enjoy these visual snippets of this most funny, fun, sentimental, reverential, blasphemous, and otherwise hitting every emotion under the sun show on ”the 21st night of September” in the year 2018!

Allee Willis Loves Detroit is a special salute to the Motown City, intertwined with sing-alongs to my songs like “September,” “Boogie Wonderland,” “Neutron Dance,” and “I’ll Be There for You” (the Friends theme)!  Plus stories about how those songs were written, auctions from my own personal collection of pop culture artifacts – one of the largest collections of its kind in the world – and lots of other surprises!

The Los Angeles Times Festival of Books is the nation’s largest literary festival, held at the University of Southern California. More than 500 writers, musicians, artists and chefs, hundreds of exhibitors and an expected 150,000 attendees transformed the 226-acre campus into a vibrant cultural festival. I joined Beatie Wolfe in the festival’s Newstory zone which she curated and starred in, showcasing creative storytelling including podcasts, virtual reality, music, film and television. 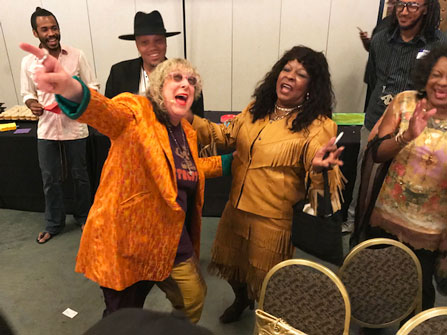 The main performance at Detroit Homecoming, which brings hundreds of successful Detroit natives back to the city to re-engage and invest in its rebound. This year it’s at the Michigan Central Depot, a potent symbol of Detroit’s decline and now, rebuilding, and is the first event at the iconic train station in more than 30 years. 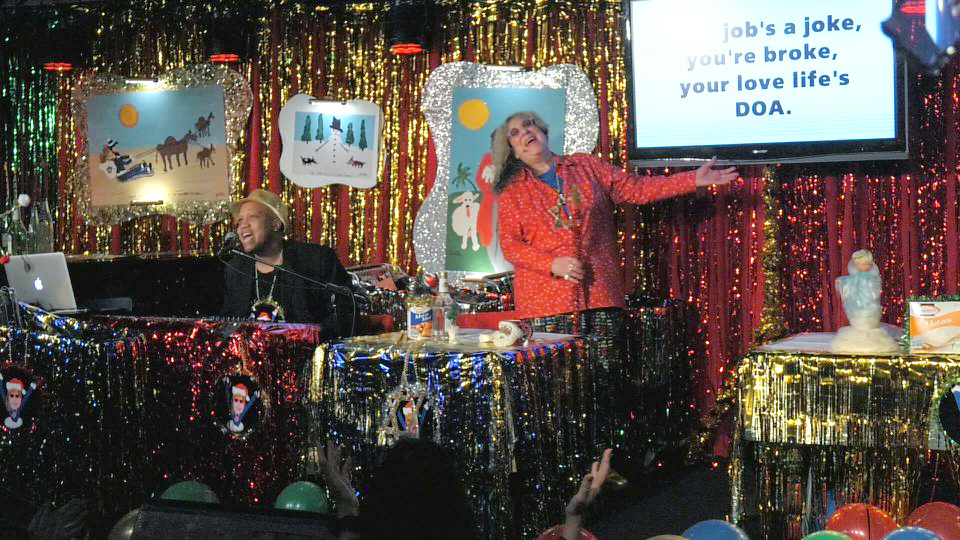 For 3 big nights – Nov. 30-Dec. 2 – the party rages on at Allee Willis’ Love ’N Latkes Chanukah Christmas Shopping (and Singing and Comedy) Extravaganza Show! An ALL NEW “one-woman + Andrae” party performance featuring hit songs (I was just nominated for the Songwriters Hall of Fame so you know they’re great hits!), sing-alongs, the least appropriate stories a songwriter could tell, and, oh yeah, not just an auction of supreme flea finds but the greatest early holiday gift shopping in the whole wide Kitsch world!! That’s right! For the first time ever, I’ll be opening the vaults and auctioning off treasures from my own world-renowned personal Kitsch, Pop, and Soul collection!

Come spend Friday night March 17 with me at Vitello’s E-Spot Lounge!  Lots of frivolity with hit song sing-alongs, green bingo, green thrift shop auctions, green prizes, green beer, and anything else that could conceivably be green. This is a whole new show and, as always, it ain’t no normal songwriter show!! 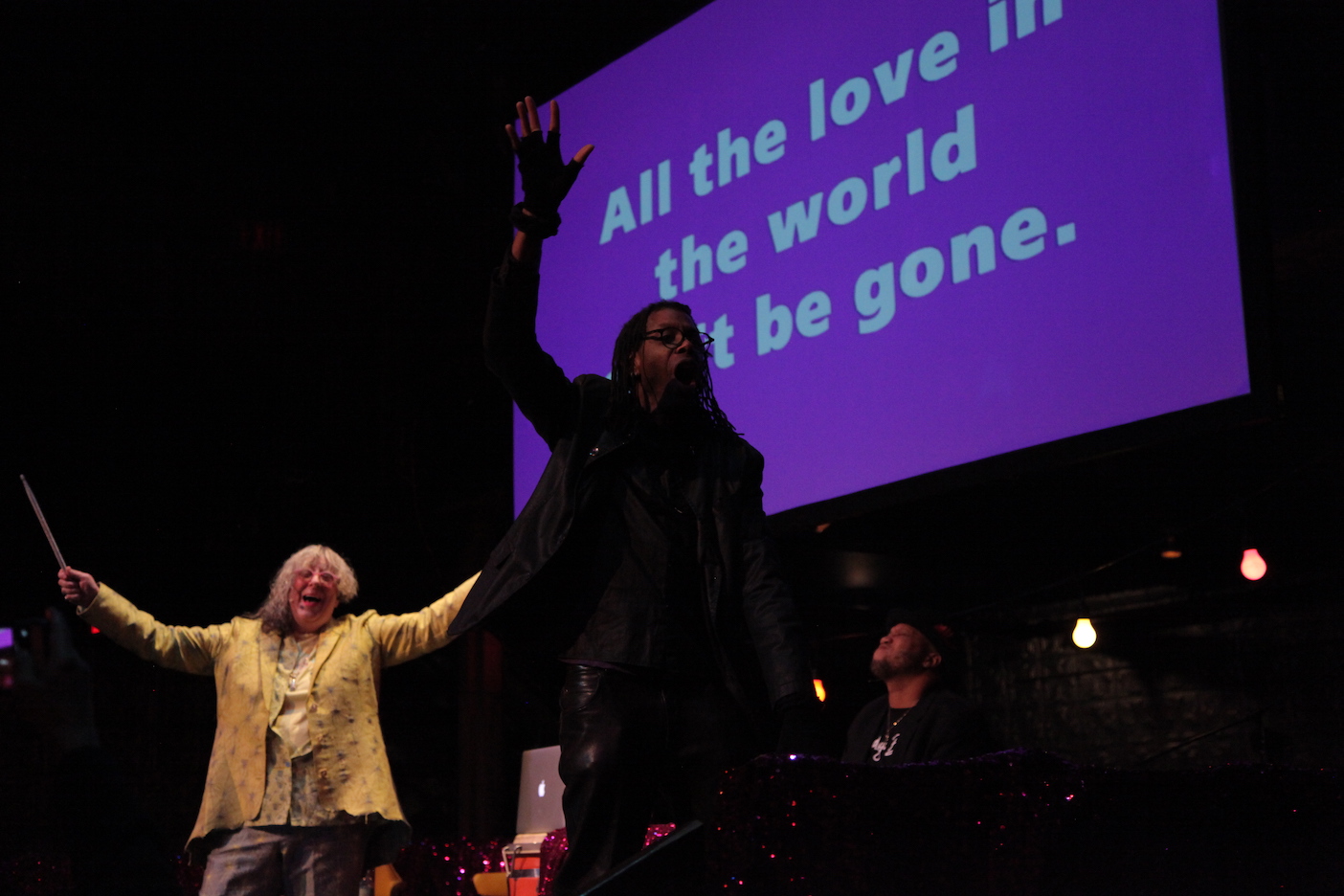 A salute in song and visuals to Detroit at Detroit Homecoming 2016.

What You Talkin’ ‘Bout Allee Willis?

All new stories, fresh sing-alongs, stupendous flea finds to take home and way more at the least appropriate songwriter show you can imagine! My first-of-its-kind largest-number-of-people-ever-on-a-record song and video, recording and filming in Detroit starting this SEPTEMBER! Sing-alongs! Stories! Thrift shop auctions! And, of course, Detroit!