These little hard plastic record coasters were all the rage in the 1950’s and 60’s when 45’s and 33-1/3’s were blasting from hifi’s all over the world and Tom Collins, Manhattans and Hi Balls were resting on them as everyone did The Jitterbug and Stroll, topping it off with The Twist.   Some of the coasters were just cheesy versions of records featuring hit drinks: 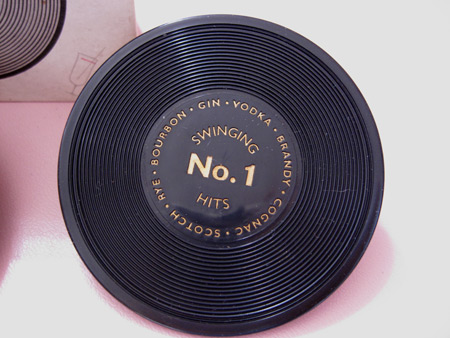 Others used them as an advertising tool: 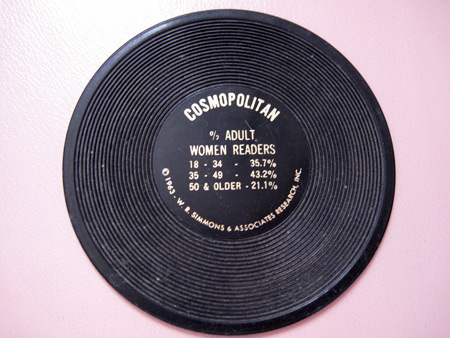 All of them came in handy little record jackets: 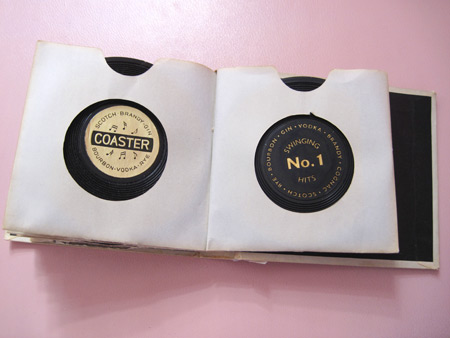 They were cute and practical as water rings no longer ruined blond wood kidney shaped tables and other groovy Atomic furniture the drinks were set upon.

I had a set of these last night with me in the recording studio so I didn’t leave rings on the mixing console. Although we’re not holding our drinks or displaying our coasters they were there in full force. I wanted my mind in peak enjoyment mode as I got to hear/produce Fantasia recording my song, “I’m Here” from my musical, The Color Purple, LIVE with a 40 piece orchestra. I’ve been collecting these coasters long enough that I could have brought one for everyone but the night was about making music and not decorating so the bulk of my stash stayed safely at home awaiting the next cocktail, Slurpee or Vernors to be placed upon it. 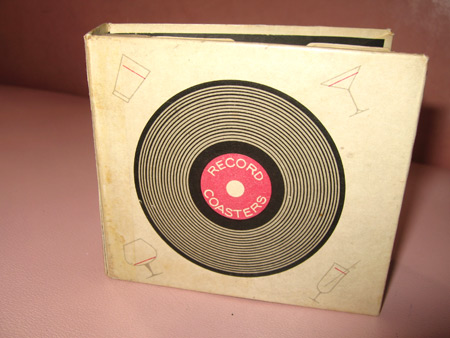