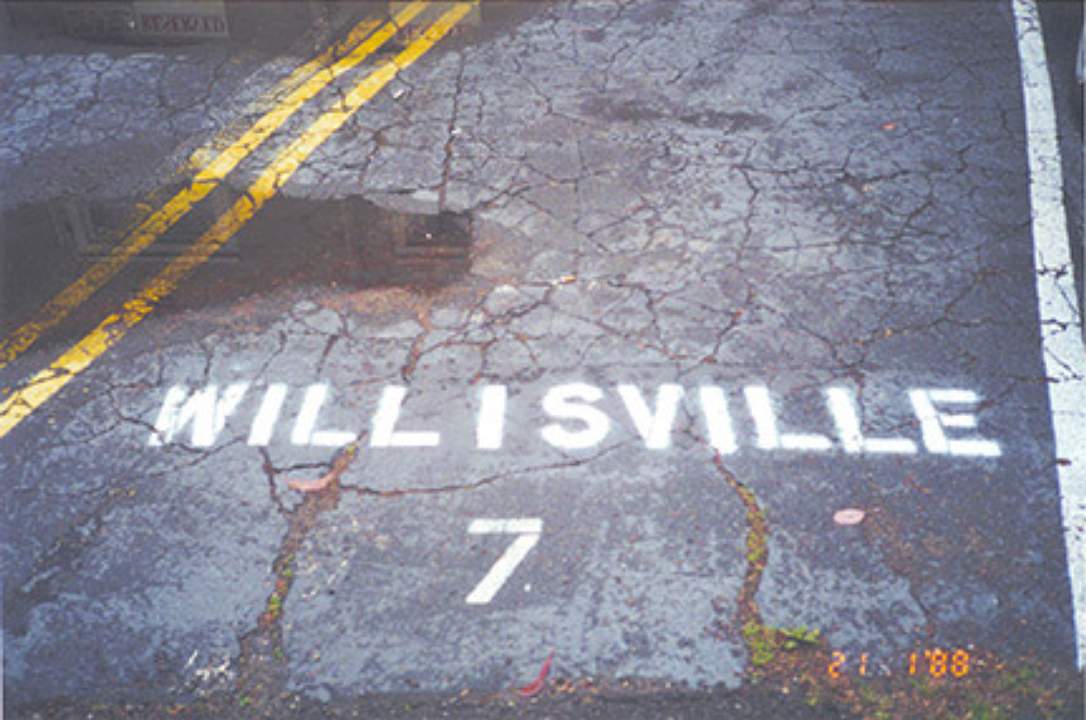 willisville is the world’s first experimental cul de sac, featuring middle class fantasy homes on one side of the street and stores owned and operated by its 19 fictional residents, who appear in a wide array of visual forms – live, animated, 3D, puppets, etc. on the other. The ultimate incongruity in hi and low culture, willisville looks and feels like The World of Tomorrow meets Graceland by way of Tijuana.

Premiere party throwers and taste and style meisters, the residents of willisville I are intent on putting their own personal and visual stamp on pop entertainment and the Digital Age. Enabled by multiple technologies and a supreme sense of cutting-edge kitsch imposed on them by the limited bandwidth of the Internet, they offer themselves as agents to the new world – proponents of a lifestyle and culture for the 21st century. They set out to make willisville “the brightest little pit stop on the information superhighway and the entertainment/communication capital of the new global village”. But no one’s making money on the Internet yet. And, as far as the residents are concerned why should they? Cyberspace is boring and cold, littered with bad design and technical limitations. But they understand technology! They can entertain!

With a premium on self-expression from the design of their environments to the talents they pursue and the products they create or endorse – the residents are there to put a pop face on the whole mess, design the funkiest place in Itt cyberspace and march the masses into the future. They design their universe – the environments, screens, games, applications, pages and the network itself with the intent of building the most popular tourist destination in the world. Anything that happens in an online environment – entertainment. communications, transactions, self help, access to information, etc. – is contained within the fiber walls of willisville.

williville is linked to tv via an infomercial called “Microchip Cookie’ that the U residents decide to shoot in order to attract a big enough audience and bring them back into the hub of their Internet community. With knowledge, creativity and easy access to information as the new symbols of power, the residents see themselves and all who spend time in willisville as the model community of the next century.

Made up of digital assets, the resident are aware that their fate over time is not only to grow as the technology that enables them becomes more and more sophisticated, but to grow as a response to human input and interaction. They’re also aware they ve been funded and if they don’t figure out business models that sustain their economy, their culture will collapse and their experiment will shut down.

It is, in the most classic sense, a struggle for good and evil, a struggle for who programs the virtual universe now controlled by corporations and computer geeks gone Hollywood, a universe filled with bad design, esthetically horrendous, no flair for entertaining and little social engineering skills. The residents believe they can reprogram and design the net so it turns into a great environment fit for human life in the next century.